A Brief History of Our Lady of Peace Parish

Get Your Own Copy of the 100th Anniversary Journal

Support Our Lady of Peace by purchasing your own copy of the 100th Anniversary Journal! It contains: Pope Francis' Apostolic Blessing, Bishop Checchio's congratulatory message, photos, and detailed history of our parish. 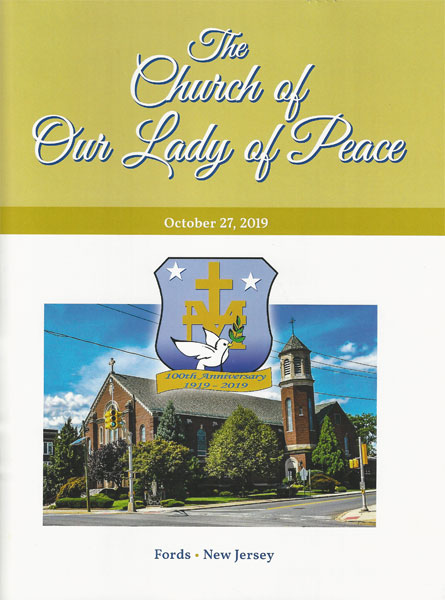 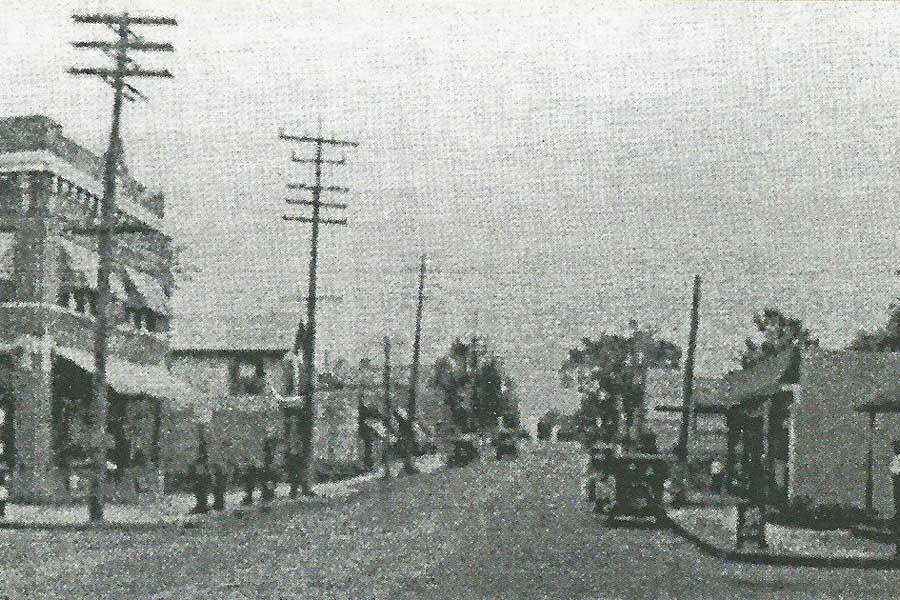 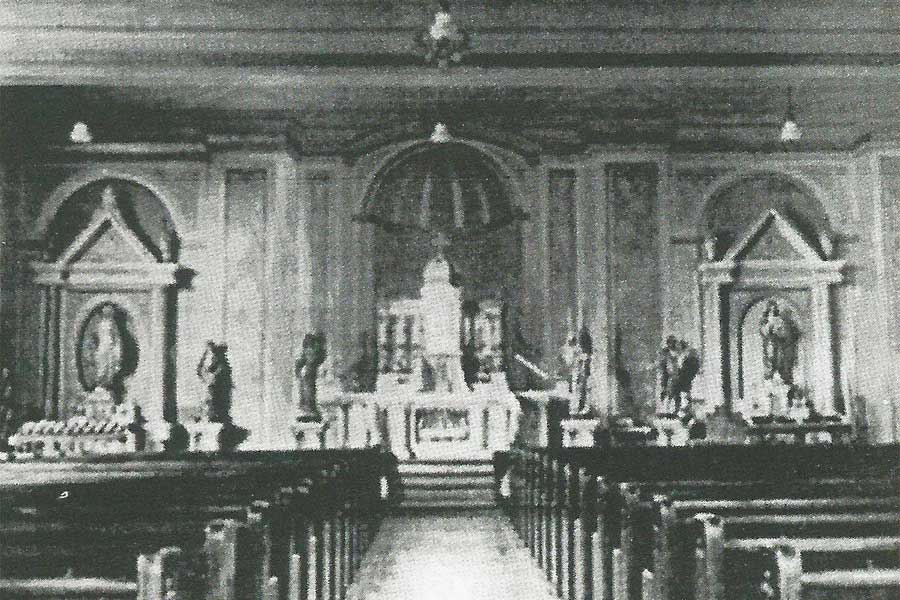 Interior view of the original Church.

On October 15, 1919, the Mission of Our Lady of Peace was established through St. Mary's, Perth Amboy. On October 26, 1919, Rev. William Cantwell, pastor of St. Mary's celebrated the first Mass in the Fairfield School. Land was purchased on Amboy Avenue, and a temporary Quonset Hut was purchased through the Knights of Columbus, which served for Mass and all parish activities.

In 1927, additional land was purchased, and the combination church/school building was built and dedicated on October 7, 1928. Rev. Cornelius B. Reagan was appointed the first resident pastor in 1928. During his pastorate, the Sisters of Notre Dame de Namur arrived to teach in the parish school, which opened in September 1930.

Father Reagan was succeeded by Father John Larkin in 1932. Father Joseph Ketter succeeded Father Larkin in 1937, and under his pastorate, a house was purchased as a convent and the Sisters of St. Joseph of Peace came to conduct the school beginning in 1940. 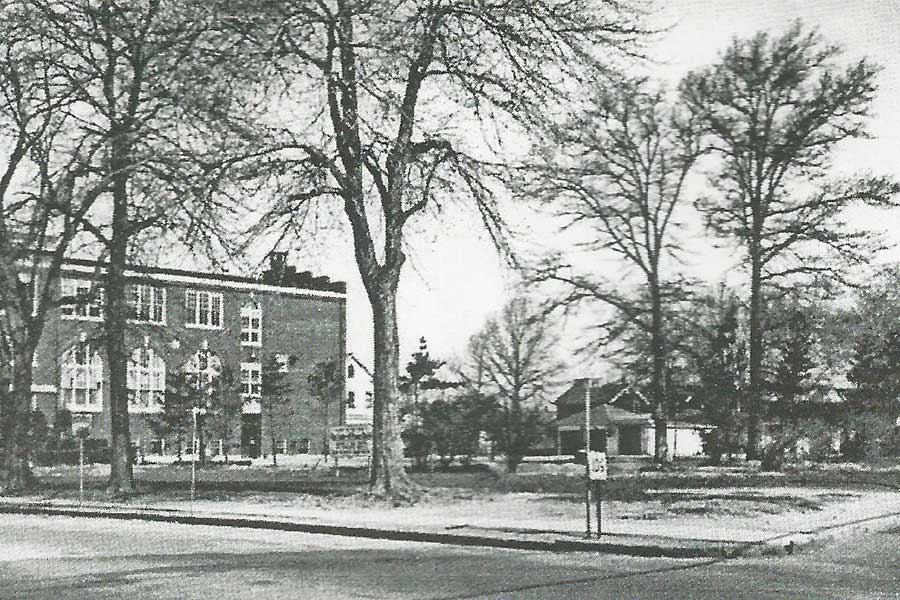 Site of the new church prior to construction (October 1953). 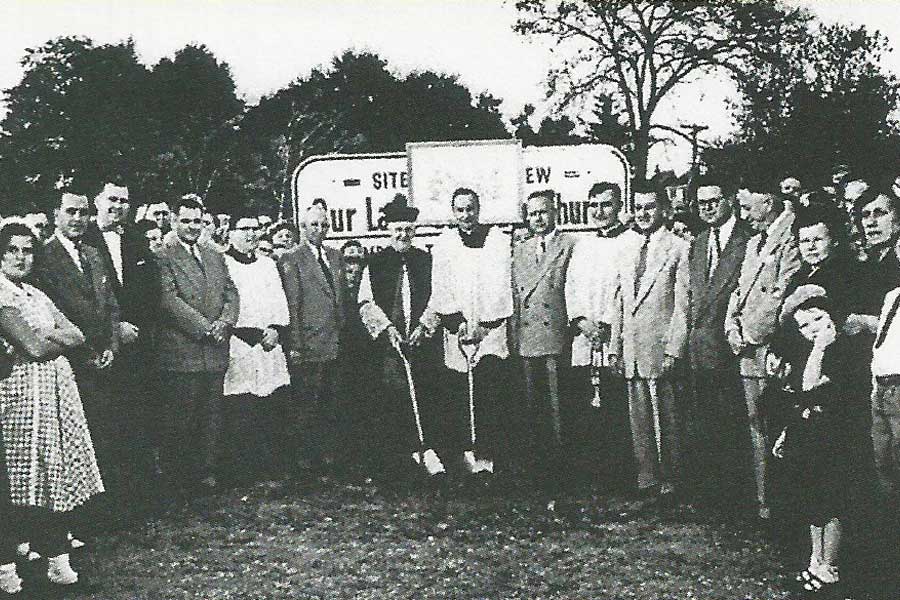 Father James Sheridan was appointed pastor in 1943, and under his pastorate the church grounds were improved and the Mission of St. Margaret Mary in Bonhamtown was established.

Following Father Sheridan's death during a church service in May 1947, Father John Grimes, later Monsignor Grimes, was named pastor. During his tenure, the parish grew considerably. In 1951, the Annex was purchased and renovated and in 1954, work commenced on the preset church building, which was dedicated on August 14, 1955. 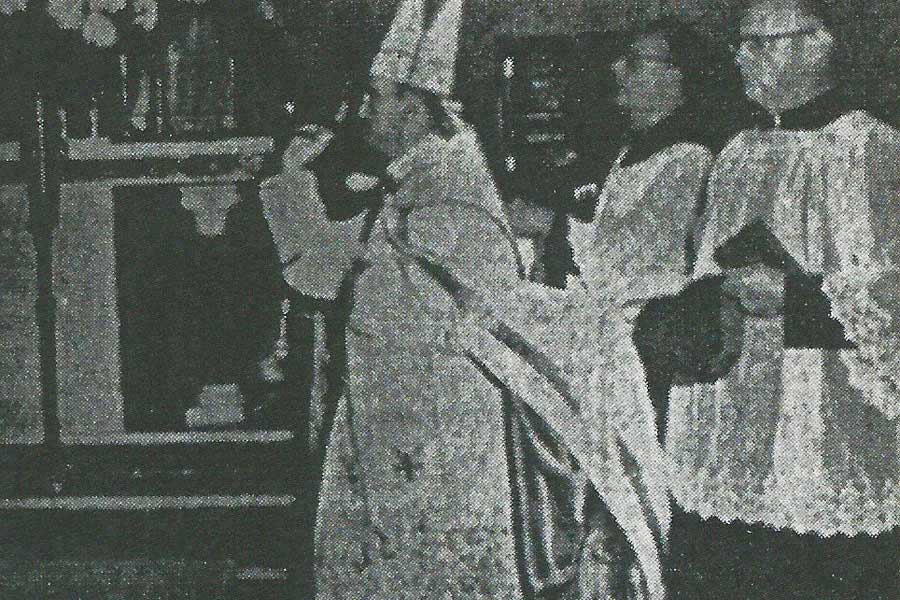 Bishop George W. Ahr blesses the altar of the new church during the dedication ceremonies (August 14, 1955). 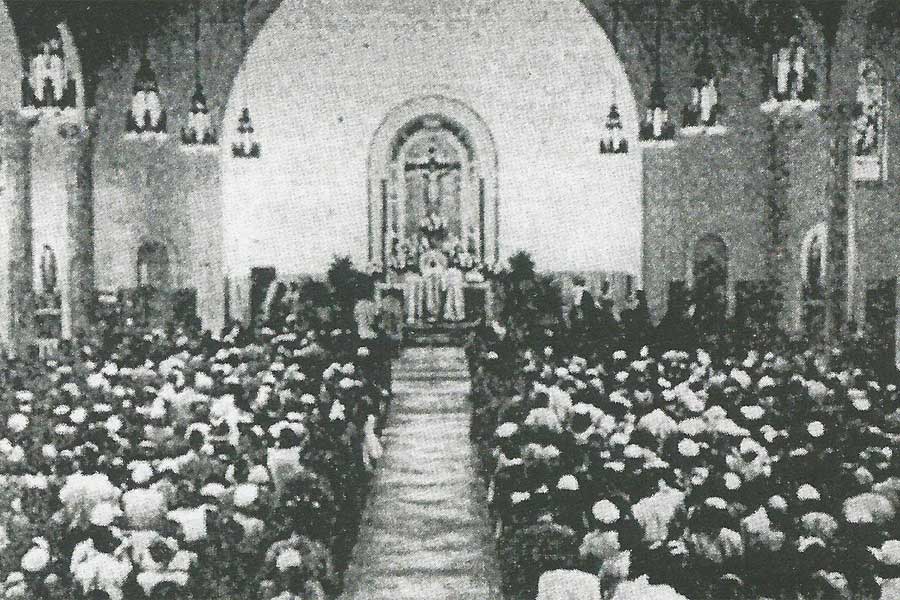 Father Grimes was succeeded by Rev. Msgr. Joseph R. Brzozowski in June 1956. Under "Monsignor Joe", the parish continued to grow. During his pastorate, a new convent, now the Edison offices of Catholic Charities, was built in 1962, as was the Junior High School building in 1968 and the new rectory in 1976. 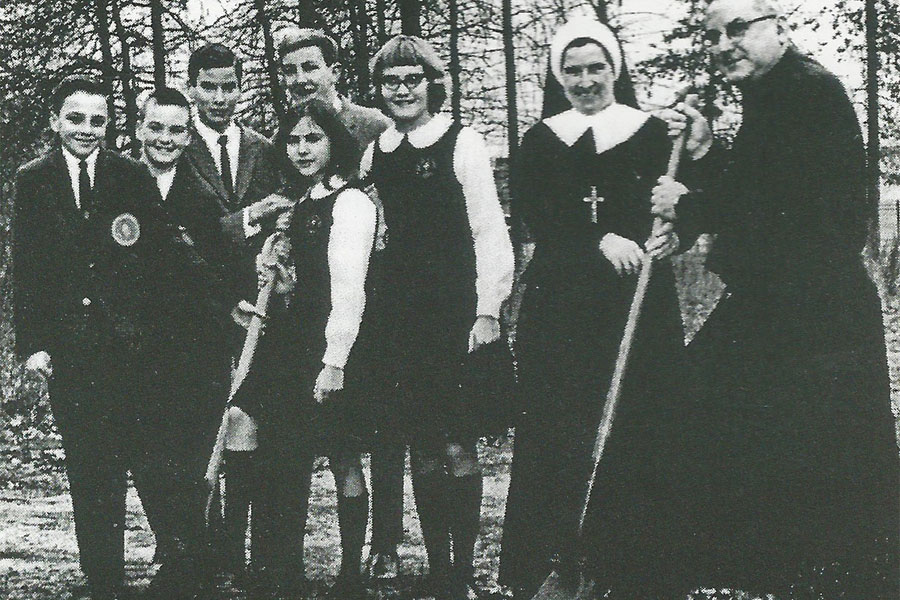 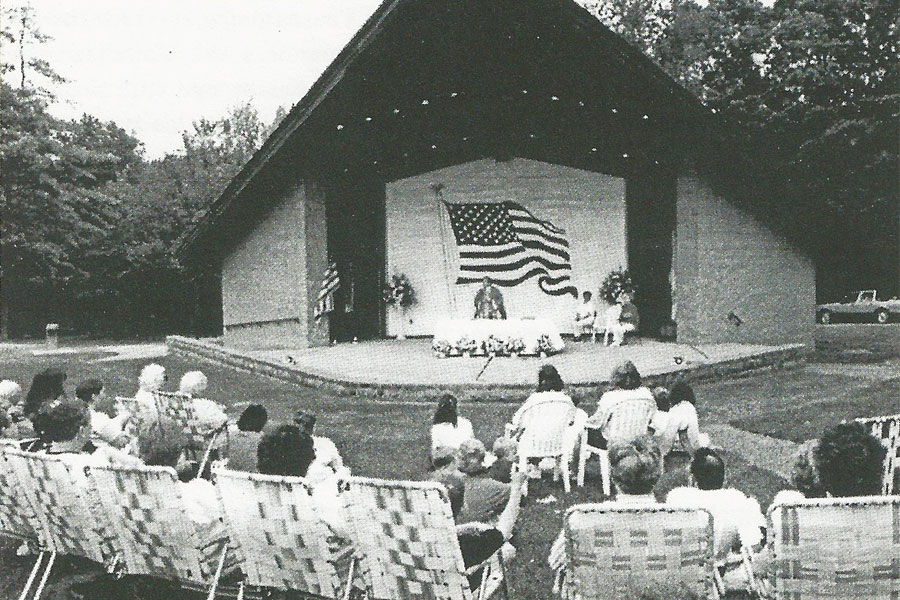 After serving the parish for 30 years, Monsignor retired in 1986 and was succeeded by Very Rev. Robert J. Zamorski under whose pastorate the debt was eliminated and many improvements to the church and property were completed.

Msgr. Zamorski was transferred to St. Frances Cathedral in 2009. He was succeeded by Msgr. Andrew L. Szaroleta who served as pastor until 2017.

Reverend Matthew R. Paratore, S.T.L., J.C.L. is the current pastor of Our Lady of Peace. The parish has grown substantially through the 100 years.